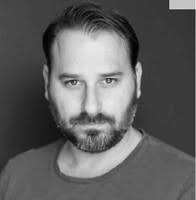 Evan Pesses has always lived on the edge of entertainment technology. His mission is to continually develop technologies and workflows that advance and shape the future of visual storytelling. As a cinematographer, he pushed the boundaries of technology, shooting commercial work in high-speed, VFX, and stereoscopic, which led him to the immersive content field. As a managing partner and head of advanced-imaging of The Astronauts Guild, an emerging technology production company, Evan produced immersive films for Elton John, Mercedes-Benz, Chevy, Jeep, NFL, Facebook, Google, Intel, MSG Sphere, Samsung, Sony, The Golden State Warriors, and Kawasaki. He also oversaw the expansion of the company from a small consulting firm to a full-scale production, post-production, and visual effects company that led the industry in extending the limits of 360 VR production. At Wild Capture, Evan brings his experience and expertise to content creation, industry outreach, and the foundational knowledge to help Wild Capture grow and thrive.

Recent Posts by this Author